The store will not work correctly in the case when cookies are disabled.

We use cookies to make your experience better. To comply with the new e-Privacy directive, we need to ask for your consent to set the cookies. Learn more.

By Vehicle
By Dimension

When K&N obtains a MAF sensor in question, our laboratory technicians:

Below are some of the relevant findings:

1. K&N's laboratory technicians tested an over-oiled K&N air filter at a rate of 1,000 Cubic Feet per Minute (CFM) on our Filtration Test Stand which utilizes an absolute filter. An absolute filter is one specified by ISO 5011 (SAE testing protocol) which is used to capture test dust that passes through a filter during efficiency testing. In this case, an absolute filter was used to capture any filter oil leaving the filter and to allow us to measure any oil migration from the filter. We weighed the absolute filter before and after the test and confirmed that oil does not migrate from a K&N air filter – even at CFMs far in excess of those seen in production engines. 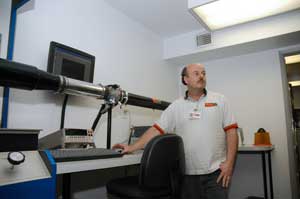 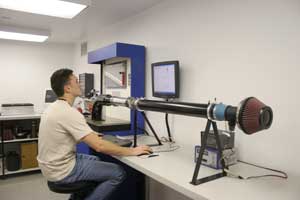 2. We coated both hot wire and film style sensors with K&N filter oil in both controlled (laboratory) and uncontrolled (real world) environments - none triggered check engine lights. We created extreme conditions, beyond anything an engine would ever experience such as submersing a MAF sensor in filter oil and monitored the sensor readings while spraying it with test dust. Even under these circumstances, the MAF sensor was not damaged. In addition, we were able to take this same MAF sensor, clean it, and found that the readings were identical to the ones taken prior to the extreme testing.

3. A majority of the "failed" sensors we retrieved from dealerships had not failed at all. They tested to be functioning within normal operating parameters as calibrated against new sensors purchased through dealership parts and service departments.

4. Few, if any, automotive dealership service centers have the testing equipment to authenticate a mass airflow sensor failure.

6. Sensors fail and are even the subject of full recalls by vehicle manufacturers. For information on recalls visit: www.recalls.gov.

For a list of our MAF sensor testing results along with the dealerships involved go to our MAF Sensor Test Results page.